When free range becomes too free

I promised myself that the chickens wouldn’t have names as that instantly makes them eligible for some kind of disaster. But I couldn’t help it, Brown seems to be more and more a Houdini.

Not only she can get out of the garden and and go ‘na naana naana’ to the others but she can also let herself back in. To the consternation of the poor cockerel, who – if that was in his DNA – would probably go grey because of her, she selfishly flouts the danger of being hunted by anything that moves and proudly parades her gingery-brown tail feathers in The Field.

The Field is full of scary things like crows, magpies, rabbits (less scary but nevertheless can turn a hen into a screaming siren), dogs even and what more – The Fox. But The Field is also an unrivalled feast of creepy crawlies, worms and tasty plants that have long been decimated in the garden.

But Houdini hasn’t got any peace and quiet while foraging in the blackcurrant (sometimes as far as four rows over!). The very worried cockerel insists that the other hens join him as he mirrors her movement on the other side of the fence. So while Grey and White would like to sit as close to the kitchen as possible (or even inside, given half a chance), they are ushered by the stressed patriarch to the fence line, rain or shine. From there they all emit concerned kind of clucking to Houdini, who is clearly not coming back until I shake the box of mealworms. 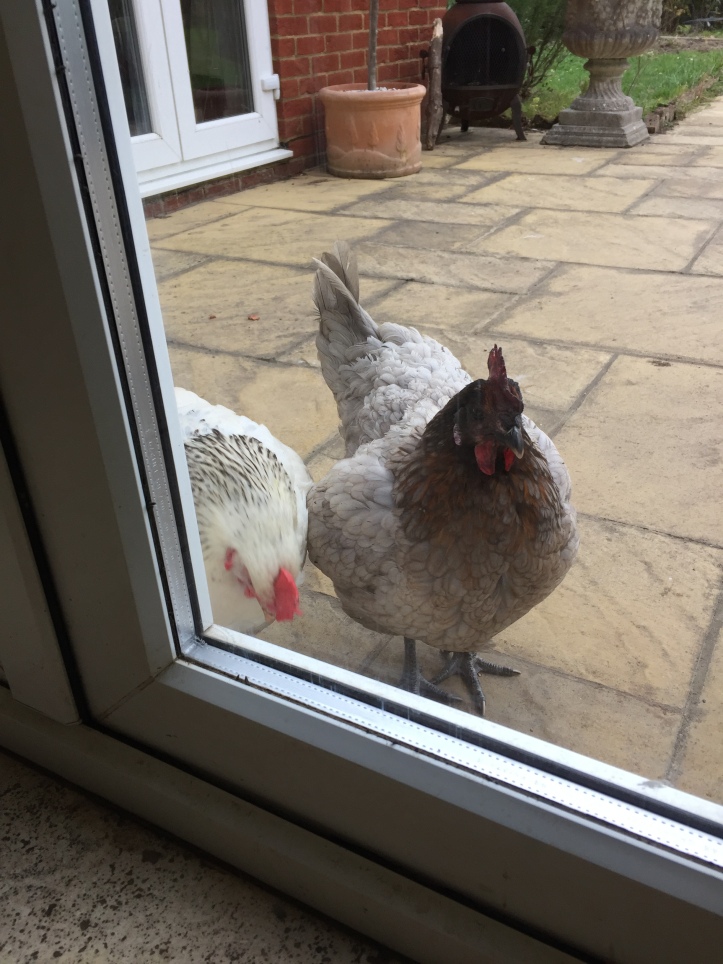